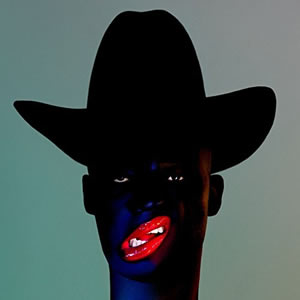 This week the Young Fathers, the avant-garde hip-hop trio from Edinburgh dropped their latest album, “Cocoa Sugar.”  The 12-track collection marks the third full-length from the Scottish outfit, following 2015’s White Men Are Black Men Too and 2014’s Mercury Prize-winning Dead.  It is experimental and eclectic, each track shows off a different sound that is genre agnostic. The entire album is compelling and a new favorite track emerges after each listen. That being said, the new single, “Toys,” may surprise you with its mainstream appeal. The song fuses rap with a hard core electro-pop beat amid very trippy and spooky vocalizations.    The Ninja Tune release also comes after Young Fathers’ contribution to the excellent soundtrack for T2 Trainspotting last year, including “Only God Knows” , which director Danny Boyle called the “heartbeat for the film.”   Cocoa Sugar was written and recorded throughout most of 2017 in Young Fathers’ basement studio. It’s said to be “without doubt their most confident and complete statement to date.”