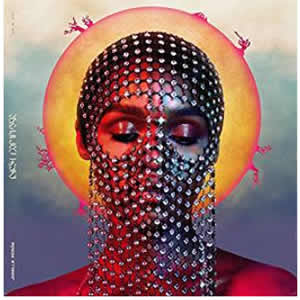 Before the release of her new album Dirty Computer, Janelle Monáe had a habit of saying in five words what she could have said in one. “Q. U. E. E. N.” apparently stood for “Queer, Untouchables, Emigrants, Excommunicated, Negroid,” but in a Rolling Stone cover story published last week—in which the 32-year-old identified herself as pansexual (or perhaps more clearly, a “free-ass motherfucker”)—she admitted that the working title of the song was “Q.U.E.E.R.” If you listen closely, noted the writer Brittany Spanos, “you can still hear the word on the track’s background harmonies.” I’d never honestly noticed it before, but listening to the song now, I can’t unhear it, any of it—that whispered declaration, the support of the gorgeous voices of the backing vocalists that sing it together in the solidarity of harmony and the pain of the late compromise to change it to a more benign word and attempting to try and scrub the song clean.

Midway through “I Like That,” the 10th song on the revealing Dirty Computer, the curtains part and Monáe steps out and delivers a soliloquy type verse that cuts a direct course, like an arrow into your heart.

I remember when you called me weird
We was in math class, third row
I was sitting by you
Right before Mr. Ammond’s class
Cuz my mama couldn’t afford new J’s, Polo
Thrift-store thrift clothes, that was all I knew
Do you remember?
I remember when you laughed when I cut my perm off
And you rated me a 6
I was like, damn
But even back then, with the tears in my eyes
I always knew I was the shit

There is another piercing verse at the end of the second track “Crazy, Classsic, Life,” which finds Monae charting the diverging paths of two young carefree Americans, one a back girl and one a “white boy in his sandals.” “Me and you was friends, but to them, we the opposite,” she raps. “The same mistake, I’m in jail, you on top of shit / You living life while I’m walking around moppin’ shit / Tech kid, backpack, no, you a college kid.” That is the true triumph of Dirty Computer and Janelle Monae herself at this point. A crazy ability to spin vivid personal stories into looming structural critiques of American society. If it were an easy feat, plenty more people would be doing it right now. No doubt she learned some of this from her mentor Prince who helped her with this record yet never got to hear the final cut since he passed away 2 years ago.

Let us not forget to mention Janelle Monáe today not only released her album Dirty Computer but its accompanying 48-minute long-form visual movie, which she’s very smartly dubbed an ‘Emotion Picture.’ The film is packed full of visuals we’ve seen before, along with tracks from the album and some new treats (Monáe’s many outfit changes are one of the many highlights). It’s threaded through with a narrative comparable to anything you will see in a movie theatre, telling the story of “a young woman named Jane 57821 who is living in a totalitarian near-future society where citizens are referred to as ‘computers.'”

This inventive ’emotion picture’ and its flawless execution; as well as, the fascinatingly varied sounds of the Dirty Computer soundtrack…It all cements Janelle Monáe’s position as one of the global music industry’s leading innovators. After this moment it is hard to see Monae as anything other than an iconic visionary, who is able to blend several genres to execute a sound and visual aesthetic that are distinctly and clearly recognizable as hers. Some have called her a legend in the making, but after Dirty Computer, in both film and album form, proves that Janelle Monáe is already seriously close to the GOAT level.