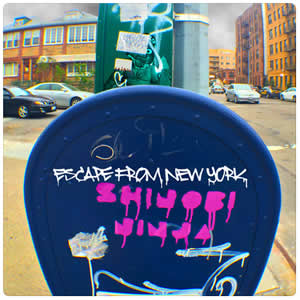 In June 2013, following months working at their NYC studio, The Sound Machine, Shinobi Ninja began releasing singles and touring in support of their double album, “Escape From New York / Return From…”. Through hard work on the road, the band scored national exposure with interviews on Fuse TV and with “Amped To 12”, a song written exclusively as the theme to Marlon Wayans’ feature film, A Haunted House 2. On their national summer tour in 2014, “EFNY” became a Top 10 add on CMJ’s radio charts with singles that reached #1 in many cities.