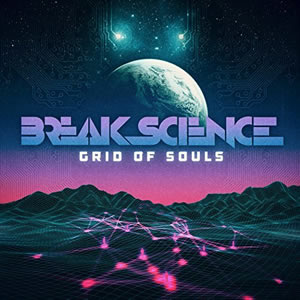 Colorado-based electronic duo of Adam Deitch and Borahm Lee are both quite successful on their own. Deitch as the drummer for Lettuce, and Lee playing keys for Pretty Lights Live Band. Together they make up Break Science who take a bit of those groups, those styles, the rhythm and culture of their hometown, New York City, and make it something their own. The duo do not put out that much music due to their other commitments, but now after finding the time to work and inspiration, the’re ready to release their sophomore LP, Grid Of Souls.

It has been five years since 2013’s Seven Bridges, which is light years in terms of cutting edge music style, music technology and consumer taste. The LP draws on a lot of modern electronic music, as well as some old school disco and hip-hop.

“We put years of life experience into this record. These songs had me feeling all kinds of ways during the process of finishing them. All the emotions. It’s funky as hell during some parts and laid back and ethereal in others,” Adam Deitch muses.

“We’ve managed to make the infusion of live instruments into the production more seamless than ever before. Instruments are NOT a gimmick for us. We’ve been pro musicians before all of this. I have a good feeling our fans will be intensely feeling this release.”