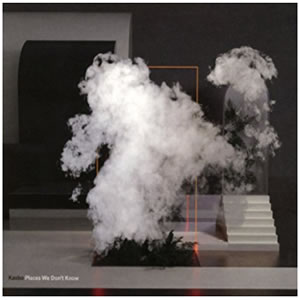 As the DIY-style of indie music continues to intermingle with the technology-driven sounds of the electronic production, Swedish producer and Fangeist’s favorite Kasbo consistently delivers some of the most feel-good yet danceable creations we’ve heard. His signature sound is hard to nail down to any genre; however, Kasbo always finds a mesmerizing place of his own.

2018 is shaping up to be a great year for Kasbo, as today marks the release of his debut album Places We Don’t Know. The official hype for the project began in January with the release of single “Aldrig Mer” feat. TENDER, a track that comes alive with Kasbo’s mystical production and TENDER’s soft vocals. Singles “Your Tempo” and “Over You” feat. Frida Sundemo has followed, with 2017 releases “Snow In Gothenburg,” “Bleed It Out” feat. NEA and “Lay It On Me” feat. Keiynan Lonsdale joining the album this week. That leaves a healthy seven new songs to comprise the 13-track Places We Don’t Know, and they’re nothing short of incredible.