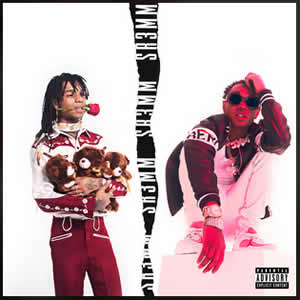 The Mississippi duo, Rae Sremmurd, this three album opus dropped this week is no doubt a nod to Outkast’s groundbreaking Speakerboxxx/The Love Below. Set one, which the pair recorded together, replicates the mellow chilled out sounds of their impressive SremmLife 2, but with a bit less success, although tracks like “Buckets” confirm that they’re one of the best young writers in writing hooks that you’ll want to hit repeat a few hundred times. The real prize here is the second disc, Swae Lee’s Swaecation, which finds him flowing with the tropical-pop voice he developed on French Montana’s “Unforgettable” and Jhene Aiko’s “Sativa.” “Winter’s over, let the sun in,” Swae sings on the song-of-the-summer contender “Lost Angels,” while on the standout “Heartbreak in Encino Hills,” producers Mally Mall and Scorp Dezel layer gauzy steel guitars as he gets super deep with his feelings. Meanwhile, Swae’s brother Slim Jxmmi showcases his style on Jxmtro, which offers trap flow (“I’m gonna fuck with the strippers tonight,” he crows on “Players Club”) for the Miami’s set.