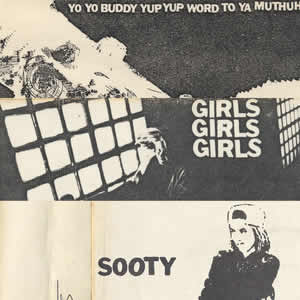 The feminist, honest Chicago rocker. Liz Phair revisits her 25-year-old debut ‘Exile In Guyville’ with a box set that includes a remastered version of the album. However, the real excitement is the official version of the cassettes Phair recorded as Girly-Sound, which include early versions of tracks from ‘Guyville’ and its 1994 follow-up ‘Whip-Smart.’ Girly-Sound is the name under which singer-songwriter Liz Phair recorded several self-produced cassettes in 1991. The cassettes were later made available as bootlegs and some tracks have been officially released.