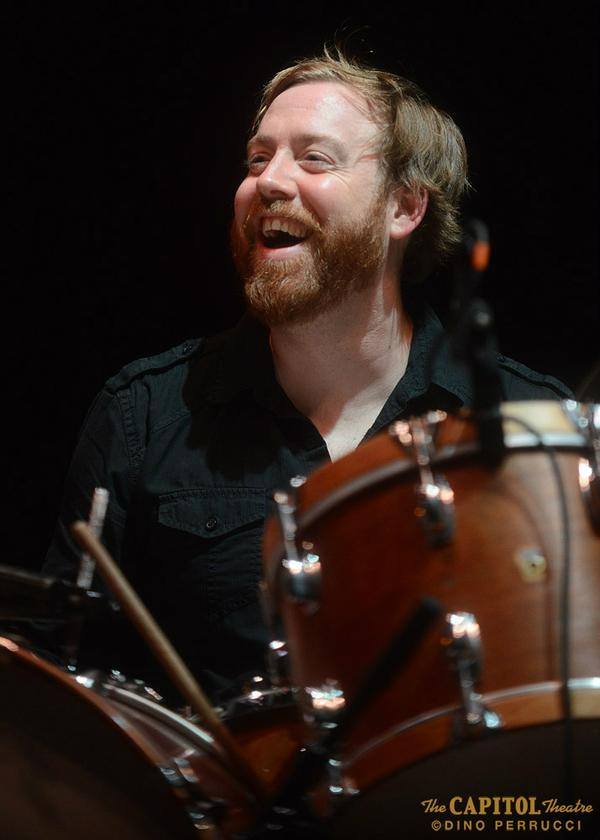 Joe Russo is one half of the Benevento/Russo Duo. Russo's drumming is fierce and complex (he has been nicknamed "The Madness" and "Octo-Russo" by fans)

Joe Russo (born December 18, 1976) is an American drummer and half of the Benevento/Russo Duo. He has toured, performed and recorded with a number of other bands, including Cass McCombs, A Big Yes and a Small No, Fat Mama, Robert Walter’s 20th Congress, Bustle In Your Hedgerow, Younger Brother, Shpongle, Tom Hamilton’s American Babies, the Trey Anastasio/ Mike Gordon duo, the Gene Ween Band, and Furthur (featuring Phil Lesh and Bob Weir of the Grateful Dead). He also plays with the Shpongle Live Band. In 2013 he formed a Grateful Dead tribute band called Joe Russo’s Almost Dead.

Russo’s drumming is fierce and complex (he has been nicknamed “The Madness” and “Octo-Russo” by fans). His Roland SPD-S sampler is often used for electronic drum samples, which play an important role in many of The Duo’s compositions, such as “Welcome Red”, “Becky”, and “My Pet Goat”. Two songs appearing on Play Pause Stop, “Memphis” and “Powder”, were written by Russo and feature his guitar playing.

Russo has twice won the New Groove award at the Jammys, in 2000 and 2005. In the summer of 2006, he was the drummer in a collaboration with Trey Anastasio, Mike Gordon, and Marco Benevento (sometimes referred to as GRAB or Mike & the Italians).

During the fall of 2008, Russo traveled to London to record an album with the band Younger Brother.

In December 2008, Russo joined Ween frontman Gene Ween and fellow Bustle In Your Hedgerow bandmates Scott Metzger and Dave Dreiwitz for a short east coast tour with an outfit called the Gene Ween Band. On this tour, Joe played his “house kit,” which notably includes a rare 30-inch bass drum purchased off of eBay.

In 2013 Joe Russo formed a band called Joe Russo’s Almost Dead (nicknamed JRAD) with Ween bassist Dave Dreiwitz, Marco Benevento on keyboards and Scott Metzger and Tom Hamilton on vocals and guitars. Joe Russo’s Almost Dead interpret the music of the Grateful Dead. The band’s first concert was on January 26, 2013, at the Brooklyn Bowl in Brooklyn, NY for the second night of the Freaks Ball XIII. As Joe Russo recalls in the September 2017 Relix Magazine interview, he was supposed to play in the Dean Ween Group (Mickey Melchiondo from Ween’s side project) on that second night but shortly before the date, Mickey cancelled the Dean Ween Group appearance and Joe pulled together Bustle In Your Hedgerow (Russo, Dreiwitz, Metzger and Benevento’s Led Zeppelin band) and added Tom Hamilton to form Joe Russo’s Almost Dead. To date, JRAD has played over 150 shows with no sign of stopping!