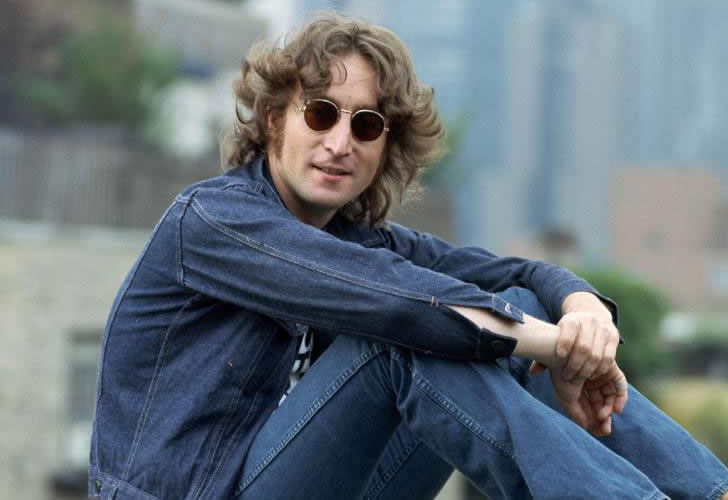 John Lennon had already started a solo career by the time the Beatles dissolved in 1970. His single "Whatever Gets You Through The Night" hit Number One in November 1974.

John Lennon had already started a solo career by the time the Beatles dissolved in 1970. In fact, he and new wife Yoko Ono had released three experimental LPs chronicling their lives together, and he had two hit singles under his belt: the anti-war anthem “Give Peace A Chance” and the Beatles-reminiscent “Instant Karma!”

Unsurprisingly, Lennon’s post-Beatles solo work would also follow a more offbeat path. He made very few live appearances and preferred to chase his own artistic muse and focus on political activism. In short, it was the perfect second musical act for the life-long outspoken nonconformist.

Lennon was born in 1940 in bombing-ravaged Liverpool, England. His parents’ marriage was rocky and ended in divorce when the future Beatle was 1 year old. In fact, Lennon never developed a relationship with his merchant seaman dad. He was instead raised by his aunt Mimi and uncle George, who provided him with the kind of stable home environment his biological parents could not.

Lennon’s mother nevertheless encouraged his nascent musical talent, showing him rudimentary banjo chords and buying him his first guitar when he was a teenager. Thankfully, Lennon showed aptitude on the instrument and had designs on making his band the Quarrymen successful. Since he was a poor student and lasted only a year at art school, music was a good backup plan.

The Quarrymen—which at a future point also featured Paul McCartney and George Harrison—would eventually morph into the Beatles. Lennon’s tenure in the Fab Four would’ve been enough to cement his musical legacy. In hindsight, however, it’s even more impressive that he made such a clean break from the band that made him so popular.

1970’s Plastic Ono Band LP was a direct result of the primal scream therapy he and Ono had with Dr. Arthur Janov. The straightforward, unadorned music was often emotionally piercing: on “Mother,” Lennon sounds as if he’s in agony recounting being caught in the middle of his parents’ traumatic separation; the acoustic-driven “Working Class Hero” is an unsparing condemnation of how workers are treated; and on “God,” he sounds weary renouncing everything in his life and belief system but “me, Yoko and me.”

The next year’s rowdy, inspiring “Power To The People” single and Imagine LP were more political and musically adventurous. (Sometimes both at once: witness the gnarled, psychedelic “I Don’t Want To Be A Soldier Mama I Don’t Wanna Die” and the touching, piano-based title track.) Imagine was also marked by brutal honesty, between Lennon’s admissions of cruel behavior on “Jealous Guy” and alleged digs at Paul McCartney throughout “How Do You Sleep?”

Lennon’s next few years were marked by ups and downs. 1972’s Sometime In New York City and 1973’s Mind Games didn’t replicate the success of his first few solo albums. He separated from Ono for over a year and moved to Los Angeles to have a multi-month “lost weekend” marked by partying, heavy drinking and a production credit on pal Harry Nilsson’s Pussy Cats (1974). To add insult to injury, Lennon was also trying to fight off being deported, an order that came down from the Nixon administration in 1973 due to his politics.

Still, there were bright spots. Lennon’s horn-peppered, soul-influenced single “Whatever Gets You Through The Night” hit Number One in November 1974. The pianist on that song, Elton John, even persuaded Lennon to guest at his Thanksgiving Madison Square Garden show, where the pair performed “Lucy in the Sky with Diamonds” and “I Saw Her Standing There.” And Lennon and Ono got back together and decided to have a baby.

Save for a few more high-profile appearances—including co-writing and performing on David Bowie’s 1975 Number One hit “Fame”—he effectively took off the second half of the ’70s to raise their newborn son, Sean Ono Lennon. He only returned to music in 1980, with the Ono collaborative album Double Fantasy.

Lennon never had a chance to experience a career resurgence while alive. On December 8, 1980, three weeks after Double Fantasy‘s release, the unthinkable happened: Mark David Chapman shot and killed Lennon outside his apartment in New York City.

The entire world stopped to grieve, and musical tributes poured in from all corners for years to come. These even included one from his Beatles bandmates, who all appeared on George Harrison’s 1981 single, “All Those Years Ago.”

Yet most of all, people found solace in Lennon’s music. After his death, Double Fantasy‘s “(Just Like) Starting Over” hit Number One on the singles charts. Roxy Music covered “Jealous Guy” and made it their own. And Lennon’s posthumous 1984 album Milk & Honey, was marked by the great “Nobody Told Me”—whose line about “strange days, indeed” was both bittersweet and comforting.