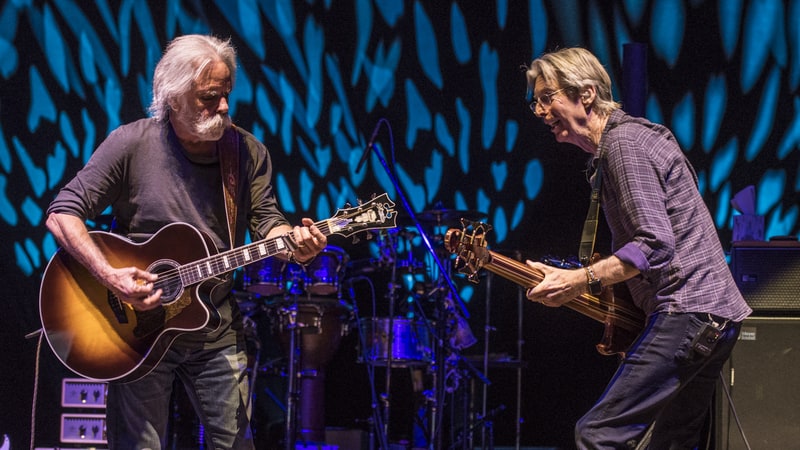 Grateful Dead co-founders Phil Lesh and Bob Weir began a three-city, six-show run, dubbed the Bobby and Phil Tour, with a pair of sold-out gigs at Radio City Music Hall on Friday and Saturday. In classic Dead fashion, the concerts moved between magical jams and charming discombobulation, never losing their sense of real-time fun. During their debut as a “duo,” Lesh and Weir were augmented on and off by percussionist Wally Ingram and, for Saturday’s thrilling, improv-packed second set, Phish guitarist Trey Anastasio. But even with the guests, the nights showcased a profound musical intimacy and sense of adventure not often associated with the Dead’s groove-happy, arena-filling incarnations, the opposite in many ways of Dead & Co., the stadium-touring sextet featuring Weir, the Dead’s drummers and blues-rock shredder John Mayer.