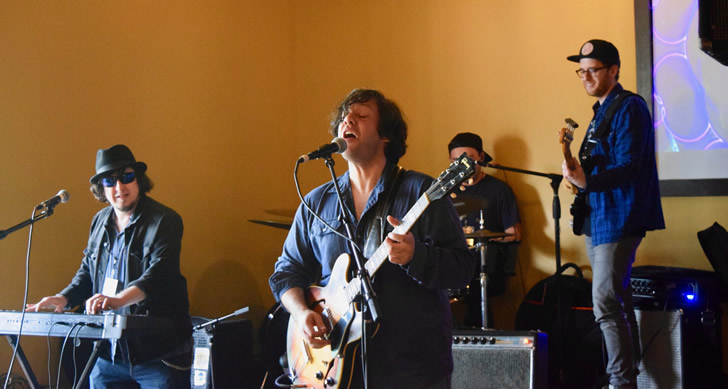 Founded by guitarist and songwriter Jeremy Hilliard, the band first came together in mid- 2016. By that Fall they played an inaugural, now-infamous residency at American Beauty in NYC.

Founded by guitarist and songwriter Jeremy Hilliard, the band first came together in mid- 2016. By that Fall they played an inaugural, now-infamous residency at American Beauty in New York City and then road-tested many of the songs on an extended northeast tour. One thing that became apparent right away was that there was going to be an exploratory spirit to their live shows and that the songs are, on one level, springboards for extended improvisation as well as vehicles for dance-floor workouts. Inspired by rock, funk, and jazz artists such as The Band, The Talking Heads, Phish, The Grateful Dead, James Brown, Fela Kuti, Miles Davis, Grant Green and countless others, the goal, in their own words, is to “not know where we’re going” because that feeling of excitement and adventure translates to the audience. Front and center in the mix is Jeremy Hilliard’s guitar, which is unmistakable in tone. He lists as early inspirations BB King and Jimi Hendrix, and using that as a jumping off point he brings jazz concepts to tell longer, more complex sonic stories. 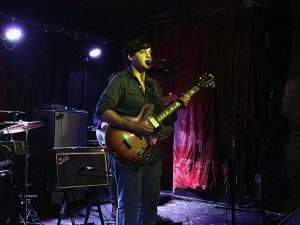 Jeremy is no newcomer to the scene. He established his songwriting voice as a bandleader and lead guitarist for the band Turbine, with whom he made 4 studio albums and toured nationally for many years, including regular appearances on the some of the country’s biggest stages such as Bonnaroo Music Festival, Telluride Music Festival, Gathering of the Vibes, Moedown, and many others. Jeremy found his perfect compliment in the multitalented keyboardist Johnny Young. Johnny is an established presence on the New York music scene and is highly regarded as a soloist, singer, songwriter, producer, and composer. Friends for many years, Jeremy and Johnny finally got the chance to work together in 2017 when they began writing songs together in earnest. His soulful voice, virtuosity on the keyboards, understanding of harmony, and natural chemistry with Jeremy have taken the band to new heights. All of which is made even more remarkable by the fact that he has been blind since the age of 17. Holding this all together, and the driving pulse of the band, is the bass playing of Eric Thachuk. Hailing from Toronto, he somehow always knows the exact right note to play that will hold down the fort for all the harmonic and rhythmic interplay, and his elegant choices as an improviser give the music a sophisticated form. He is also a multi-talented musician, programming all the electronic drums on the bands’ debut album. The newest member of the group is John Venezia on drums, who is an up-and-coming killer on the kit; you don’t know it yet, but you need to see him live. After spending their first summer jamming, and then going out and getting 50 shows under their belt, the band knew that they wanted a full-length studio album to define their sound, and it would be all about the songs. So in early 2017 they hunkered down in Dave Brandwein’s (Turkuaz) Galaxy Smith Studios in Brooklyn to finish writing and record what would become their debut album, Electric Bouquet, released in 2018.

When the Night Comes Calling You June 2018 DROM, NYC