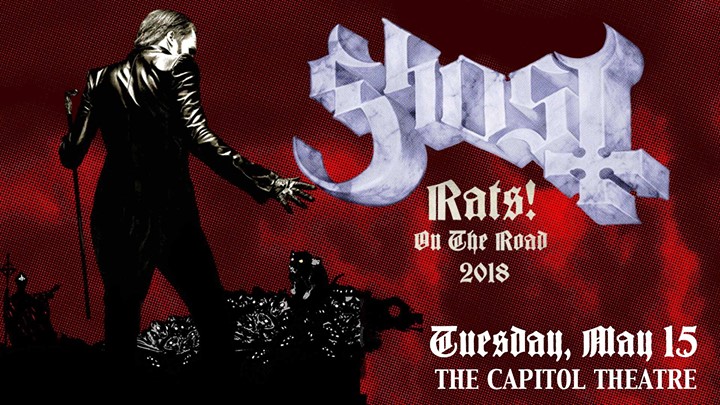 Heavy metal/rock band from Sweden formed in 2008. Due to legal issues, the band was briefly forced to release music under the Ghost B.C. name in the United States. They absolutely refused to use the name on any merchandise or in any other manner.

Tobias Forge reveals himself as “The Man Behind The Mask of GHOST” in first public interview on August 17, 2017 on Swedish Radio Channel P1.

Ghost formed out of the ashes of Magna Carta Cartel (included future Ghost members Tobias Forge, Martin Persner, and Simon Söderberg). Legal issues have arisen between Tobias Forge, claiming Ghost was his band with a rotating cast of Nameless Ghouls, and some of the present and past Nameless Ghouls who claim Forge has been keeping profits for himself by controlling the finances of the band through various intermediary companies (Swedish Drama Pop AB, Papastrello Limited, Santasma Touring Inc.) from 2011-2016.

Simon Söderberg was Nameless Ghoul lead guitarist, sometimes referred to as Alpha. Simon and other Nameless Ghouls Mauro Rubino, Henrik Palm, and Martin Hjertstedt official filed a lawsuit against Forge. Tobias Forge fired all of the members of the band at the end of 2016 and hired all new musicians.