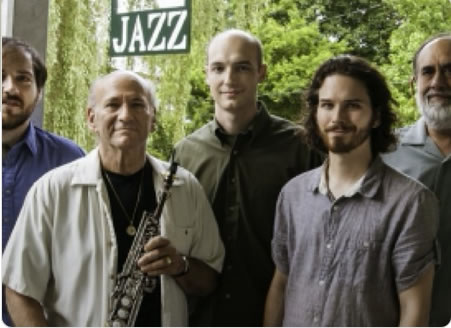 Dave Liebman’s new group looks towards the present generation of jazz musicians who have been schooled in conservatory and university settings. Lieb is continuing the time tested tradition of master/apprentice as he experienced in the 1970’s with drummer Elvin Jones and Miles Davis, by reaching across generations to teach and learn from them. “EXPANSIONS” features the up and coming pianist Bobby Avey, reedman Matt Vashlishan, drummer Alex Ritz and a continuation of Lieb’s long relationship with bassist Tony Marino. Conceptually, the repertoire traverses elements of free jazz and re-arrangements of standards all infused with the complex time signatures and harmonies being explored by the new jazz artists of our time. The first recording will be released in 2014…”Samsara” (Whaling City Sound).

David Liebman’s career has spanned over four decades, beginning in the 1970s as the saxophone/flautist in both the Elvin Jones and Miles Davis Groups, continuing as a leader since. He has played on nearly three hundred recordings with over one hundred under his leadership or co-leadership. In jazz education he is a renowned lecturer and author of several milestone books: Self Portrait Of A Jazz Artist, A Chromatic Approach To Jazz Harmony And Melody, Developing A Personal Saxophone Sound, translated into several languages, in addition to teaching DVDs, journalistic contributions to periodicals and published chamber music. He is the Founder and Artistic Director of the International Association of Schools of Jazz (IASJ) existing since 1989. Awards include (Jazz Educators Network Legend of Jazz (2013); National Endowment of the Arts Masters of Jazz (2011); the Order of Arts and Letters (France 2009); Jazz Journalist’s award for Soprano Saxophone (2007); Grammy nomination for Best Jazz Solo (1998); Honorary Doctorate from the Sibelius Academy (Finland-1997). He is currently Artist in Residence at the Manhattan School of Music and has consistently placed in the top three places for Soprano Saxophone in the Downbeat Critic’s Poll since 1973, winning first place in both the Downbeat and Jazz Times Critic’s Poll in both 2011 and 2012. (Complete bio at davidliebman.com)