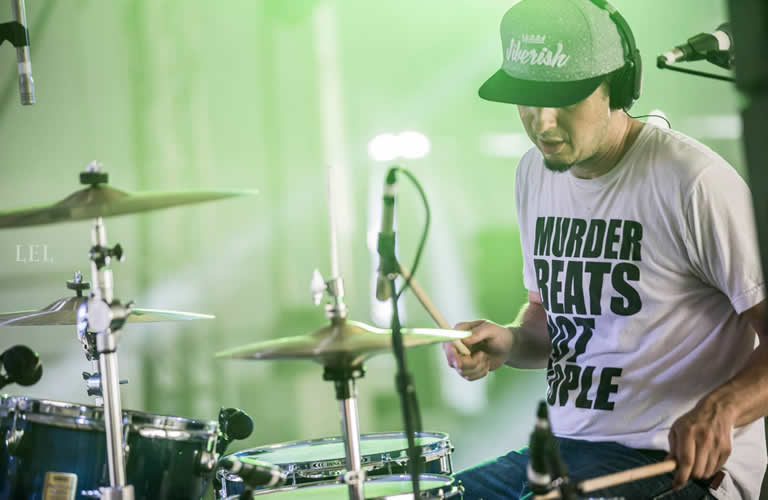 Adam Deitch is an American record producer and drummer based in Denver, Colorado.

Adam Deitch began his musical odyssey at birth. He was blessed to be born into a family with parents who are two Berklee C​ollege of M​usic drummers, who also sang and played an array of other instruments. ​All through childhood, he was surrounded by his parent’s eclectic musical friends and band members; moreover, Adam, through osmosis, began to absorb all the knowledge that was being passed on to him from his extremely musical environment. He began playing a full drum set by age 3 and began performing with his parents at local elementary schools by age 5.

After studying piano, alto sax, music production, bass, guitar and of course the drums, Adam started a number of musical projects/bands in his hometown of Nyack NY, as well as, immersing himself in the local Baptist Gospel scene as a drummer during his junior high and high school years. These experiences prepared him for his short tenure at Berklee College of M​usic in Boston where he met countless brilliant professors and students who molded him into a more seasoned, and all around musician.

After leaving Berklee, Adams’ Hip Hop band Fat Bag found great success in the northeast and he learned much about the music industry as they were signed to Interscope Records for a development deal. When the deal stalled, Adam left the band to join the world renowned soul funk group Average White Band (AWB) and toured the world with them for 3 years as well recording a live DVD in LA. Getting to meet and learn from watching artists like AWB, Chaka Khan, Tower of Power and Earth Wind and Fire first hand at age 24 was extremely inspiring for him.

Adams next venture was with Jazz rock legend John Scofield whom he toured the globe with and co-wrote 3 albums with: ​Uberjam, Up All Night, and Uberjam Deux. One of them, Uberjam, ​was nominated for John Scofield’s first Grammy Award​ nomination in the Best Contemporary Jazz Album category. Scofield helped Adam become acquainted with the jazz community, playing almost every Jazz Festival on earth for 3 years.

After touring extensively with these groundbreaking artists, Adam decided to concentrate on his original projects, Funk super group Lettuce and EDM powerhouse Break Science. While taking some time in between the extensive touring and recording of these bands, Adam managed to find time to do occasional international drum clinic tours for Tama Drums and Zildjian Cymbals, perform at the Modern Drummer Festival as a featured clinician,​ as well as, tour with hugely successful artists such as EDM giant Pretty Lights and DRK WAV featuring keyboard icon John Medeski.

Adam also has produced tracks for a number of Hip-Hop legends in his extremely scarce free time such as Talib Kweli, 50 Cent, and Pharoahe Monch and has launched his new label Golden Wolf R​ecords this year to showcase his evolved music production skills.