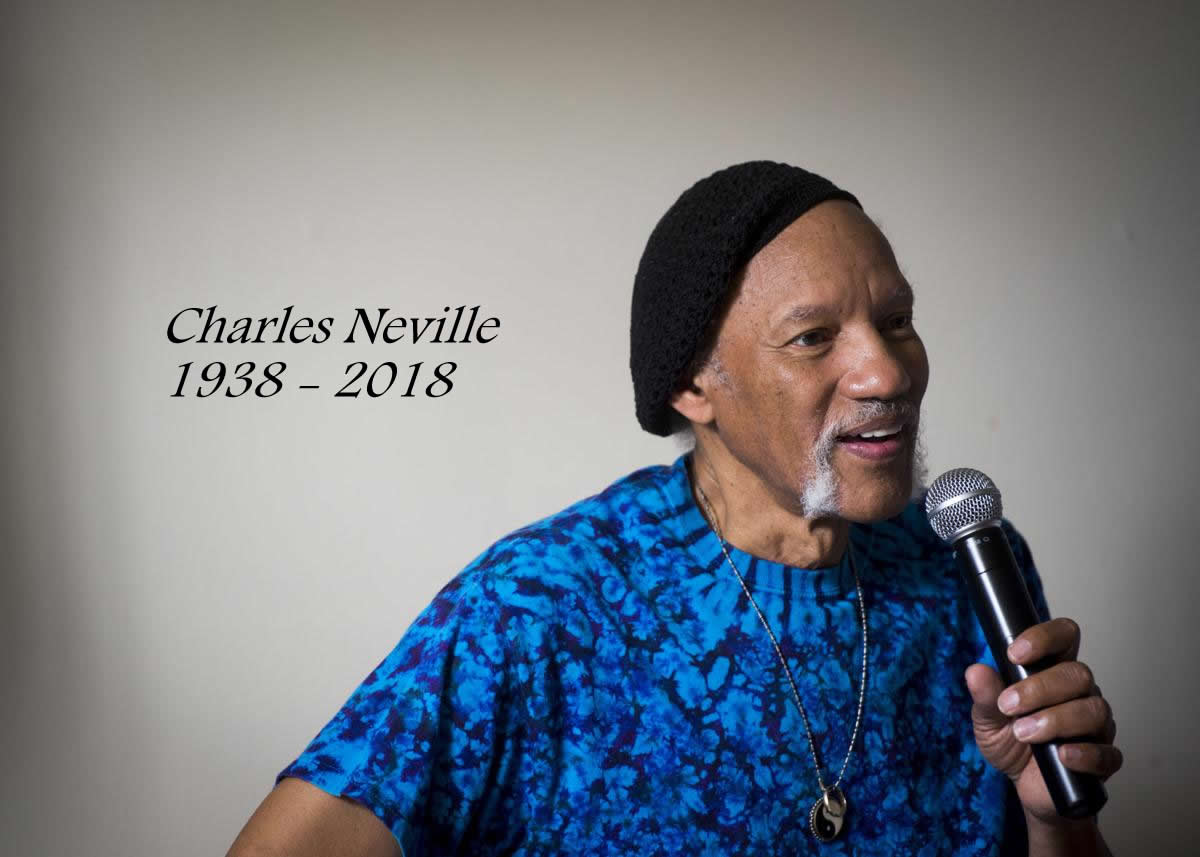 Gallery: Charles Neville through the years

Charles Neville, of the Neville Brothers band, died on Thursday (April 26) in Massachusetts, where he has lived for many years. He was 79 years old. He had been suffering from pancreatic cancer.

His brother, Aaron Neville, confirmed his death to WWL-TV.  He posted on Twitter on Thursday: “You were a great brother. You’ll always be in my heart and soul, like a tattoo.”

My dear brother Charlie the horn man, just want you to know that if I would’ve had the choice of picking my brothers, I would definitely choose you. You were a great brother. You’ll always be in my heart and soul, like a tattoo…

My dear brother Charlie the horn man, just want you to know that if I would’ve had the choice of picking my brothers, I would definitely choose you. You were a great brother. You’ll always be in my heart and soul, like a tattoo…
https://t.co/WyuHDz9snJ

Charles Neville was the second oldest of the four brothers who, for three decades, formed the core of the Neville Brothers,  the most important and influential bands to emerge from New Orleans.   Mr. Neville was the smiling, serene saxophonist with the icicle mustache, swaying in the center of New Orleans seminal funk band that included his brother’s Art, Cyril and Aaron. Neville’s saxophone supplied one of the band’s sonic signatures. It snaked through the title track of the classic 1989 album “Yellow Moon” and the song “Healing Chant.” “Healing Chant” won a Grammy for best pop instrumental performance, the Neville Brothers’ only Grammy win.  For years, the Neville Brothers were the closing act on the finalSunday of the New Orleans Jazz and Heritage Festival.  In addition to his own considerable musical contributions, Neville was the father of popular singer Charmaine Neville, a familiar presence currently in New Orleans local stages.

Aaron Neville posted a longer tribute to his brother on Facebook.

“You helped to mold me into who I am today and I’ll always be thankful. I’ll always see your special infectious smile on the stage next to me, it would always give me a smile. I’m happy that we had a long hang together, the ups and downs. It took who we were and where we came from to make us who we are.  “And you are a great brother Charlie the horn man. I know you have a spot in the heavenly band next to James Booker, James Black, Herbert Hardesty, Fats Domino, Johnny Adams all the jazz bebop players who you turned me on to. Dizzy, Charlie Parker, Miles and the list goes on. Momee, Poppee, Jolly Cookie, they are all waiting on you.”

Born and raised in New Orleans, Charles grew up in a musical household on Valence Street and in the Calliope housing development.

Mr. Neville became an accomplished reed player by his teens when he left high school to play music professionally.  In the 1950s, he toured with bands that backed such rhythm & blues stars as Johnny Ace, Jimmy Reed and B.B. King.  His early career included stints on the road with Gene Franklin and the Houserockers, and later Johnny Ace, Big Maybelle, Little Walter and Larry Williams, as well as a place in the house band of the legendary Dew Drop Inn in New Orleans in the 1950s.

“I was really bummed out until I found Beale Street,” he said in an August 2017 interview with Gwen Thompkins, host of “Music Inside Out,” which airs locally on WWNO-FM.He enlisted in the Navy in 1956 and was stationed in Memphis.  Mr. Neville served in the U.S. Navy, though he was stationed far from the sea, in Memphis from 1956 to 1958. In his joint autobiography “The Brothers Neville,” written in 2000, Mr. Neville confesses that he we went AWOL in order to tour with bluesman B.B. King’s band.  He joined singer Larry Williams’ band, but his music career was soon sidelined.  In the same book, Mr. Neville noted that he was in the Navy when he first began using hard drugs that would play a descructive role in his subsequent life.  He fell into a life of crime and addiction; he fought alternating cycles of heroin and methadone for two decades.

In the early 1960s, he served time at the Louisiana State Penitentiary at Angola for possession of a small amount of marijuana for more than three years. He rehearsed in the prison’s music room, collaborating with other stellar incarcerated New Orleans musicians in the KnickKnack band, including pianist James Booker and drummer James Black.  Through the whole time, he was incarcerated, it didn’t at all diminish his love of music, while he studied books on musical theory.

He moved to New York City in the late 1960s, gigging with various artists. Finally, he returned to New Orleans at the behest of his uncle, George Landry, also known as Big Chief Jolly of the Wild Tchoupitoulas tribe of Mardi Gras Indians . Landry brought nephews Charles, Aaron, Art and Cyril together to join him on the recording sessions for the 1976 album “The Wild Tchoupitoulas.”  can you use our amazon link

That collaboration gave birth to the Neville Brothers. Intermingling soul, funk and New Orleans rhythm and blues, they catapulted to national prominence in the 1980s.

As the Brothers achieved international acclaim, Mr. Neville finally shook his addiction in 1986 via an intensive program in Eugene, Oregon.

A strict vegetarian and adherent of various Eastern spiritual philosophies, he told Thompkins that he brought a “calming, centering energy” to the Neville Brothers.

Onstage, Aaron often introduced him as “Charlie the horn man.”

Charles also led his own jazz combos, which performed at Snug Harbor whenever he was in town. After the Neville Brothers disbanded in 2012, he continued to tour as a member of Aaron Neville’s solo band.  The Neville Brothers played together, wrapping up their union on May 2, 2015, with a farewell concert at the Saenger Theatre. He was onstage when Aaron made his French Quarter Festival debut in 2017. Charles performed with Dr. John’s band during last year’s Jazz Fest.

He had moved to rural Massachusetts in the 1990s; his wife’s parents gave the couple land on which to build a house. He has also said that he was eager to get away from crime in New Orleans.

In Massachusetts, he performed with two of his sons as the New England Nevilles.

He was slated to take part in the Neville Family Groove, a celebration of the Nevilles legacy at Tipitina’s in November 2017. However, he was hospitalized at the time and unable to perform.

A benefit concert to raise money for his medical and living expenses was held Feb. 3 at the Academy of Music Theatre in Northampton, Massachusetts. Scheduled performers included Aaron Neville, Charmaine Neville and Charles’ son Khalif, a pianist.

At the time, Charles was still hospitalized and too weak to perform.