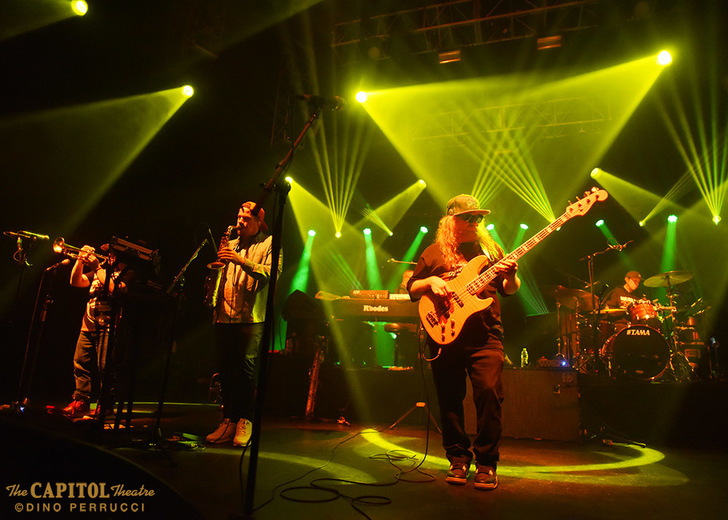 Lettuce and The Motet at The Capitol Theatre: Pro-Shot Video and Photos

This past weekend, everyone’s favorite original Funk band, Lettuce, played a sold-out two-night stand at The Capitol Theatre in Port Chester, NY, this weekend, welcoming the Denver based outfit, The Motet, as openers. The nights were filled with hours of funk, as both bands, as usual, offered their own distinct brand of the genre. Check out below to see the entirety of Friday night’s show which was streamed live in its entirety via the Relix Channel on YouTube. Dino Perrucci, the esteemed veteran house photographer at The Capitol Theatre shared some candid and performance photos from the Saturday show.

A concert or an album can unlock another world, if you let it. The Motet respect and revere this time-honored phenomenon. Fusing fiery funk, simmering soul, and improvisational inventiveness, the Denver, CO seven-piece—Lyle Divinsky [vocals], Dave Watts [drums], Joey Porter [keyboards], Garrett Sayers [bass], Ryan Jalbert [guitar], Gabriel Mervine [trumpet], and Drew Sayers [saxophone]—have continually provided an escape for listeners over the course of seven full-length albums since 1998, including their latest release Totem and with an upcoming 2018 release. That extends to countless sold-out shows and festivals everywhere from Bonnaroo, Electric Forest, and Summer Camp to All Good Music Festival and High Sierra Music Festival as well as 16 consecutive years of themed Halloween concerts.