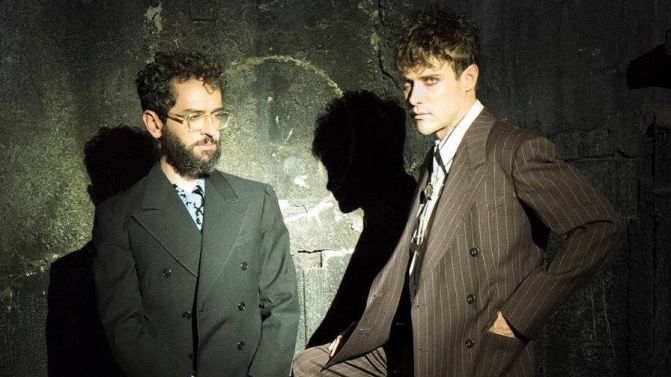 Sony and Blue Note, the organization that owns, operates, licenses, and programs 10 music venues worldwide including the iconic Blue Note Jazz Club announced a landmark strategic sponsorship agreement. As part of the sponsorship, Sony will collaborate with Blue Note to open “Sony Hall,” a new music venue in Manhattan.

Located in the heart of New York’s Theatre District, Sony Hall is a brand new, medium-sized venue  located at 235 W. 46th St at the Paramount Hotel.

Sony Hall is located in a space that is one of New York’s most celebrated historic venues as it was formerly the Diamond Horseshoe. Established in 1938 by theatrical showman and impresario Billy Rose, the Diamond Horseshoe was known for its lavish dinner theaters, vaudeville-style reviews, and chorus of showgirls known as “Billy Rose’s long-stemmed beauties.” The venue is widely recognized as giving Gene Kelly his start and was celebrated in the 1945 feature film “Billy Rose’s Diamond Horseshoe” starring Betty Grable.“Queen of the Night,” the theater show that became one of the longest running shows in Off-Broadway history, was the space’s most recent occupant. Blue Note and Sony have preserved much of the classic look and feel of the venue with select renovations.

The venue, which is owned, operated and programmed by the Blue Note will present world renowned performing artists across all music genres and has a capacity of 500 sitting and 1000 standing. There is also a full-service restaurant and bar, and the venue will showcase Sony’s latest AV technology integrated throughout the 12,000 square-foot venue to deliver enhanced entertainment experiences to fans . While the venue’s schedule, headliners and additional venue details have yet to be announced, the Grand Opening is March 27 which features an open bar and free appetizers. Sony Hall has tapped psych-pop masters MGMT for this. “MGMT is the ideal Band to open Sony Hall,” Blue Note Entertainment Group President Steven Bensusan said in a statement. “They embody the overall experience we plan to offer at Sony Hall.” Links to buy or listen to their single “When you die single“.

The initial quantity of free, general public tickets were claimed already but you can join the waitlist.