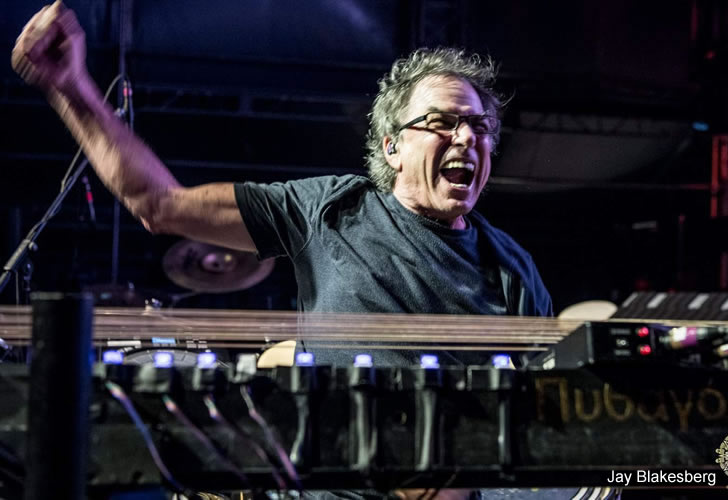 April 13th & 14th Mickey Hart is doing an artist takeover at the American Museum of Natural History in NYC. He’s performing live on The Beam in the dome at the Hayden Planetarium.

Think of it like an extended space show underneath the stars.  Enter code MickeyFF at checkout and save $75. Tickets include the performance, an autographed artist statement and a vinyl copy of the album RAMU.

Join legendary Grateful Dead drummer Mickey Hart for a unique program at the Museum of Natural History on April 13th and 14th called Musica Universalis: The Greatest Story Ever Told. The evening will begin with a walk-through of the special exhibition Our Senses: An Immersive Experience which prominently features a curated soundscape based on Hart’s recently released album, RAMU. After the exhibition, join Hart in the Hayden Planetarium Dome for an exclusive electrifying live performance of Musica Universalis, curated and created in collaboration with the Museum’s Director of Astrovisualization Carter Emmart who will be providing “original space visualizations.”

Mickey will play his Pythagorean Monochord instrument known as “The Beam” while original space visualizations designed by Emmart are displayed. “Visitors will be taken on a musical and visual journey as they explore Hart’s ‘sonifications’ of our universe, from the first rhythms of the Big Bang to the neural vibrations of the human brain,” as per a press release announcing the event.

Following the show will be a Q & A discussion with Mickey Hart and neuroscientist Adam Gazzaley and Our Senses Curator Rob DeSalle  who will all discuss “the connection between music and the vibratory universe, and the ways Hart uses that connection to further our understanding of the sonic relationship between man and the universe.”
Ticket holders will receive an artist statement signed by Hart as well as a special edition copy of RAMU (which will become available to the general public on Record Store Day 2018).

Mickey Hart is best known as a drummer in the Grateful Dead, which for three decades channeled the voices and visions of rock’s psychedelic counterculture. Touring with Dead & Company these last few years, Hart continues to perform the music of the iconic band, and embodies its enduring legacy. The multiple Grammy Award-winning Hart was inducted into the Rock and Roll Hall of Fame, and named to Rolling Stone’s list of 100 greatest drummers of all time.