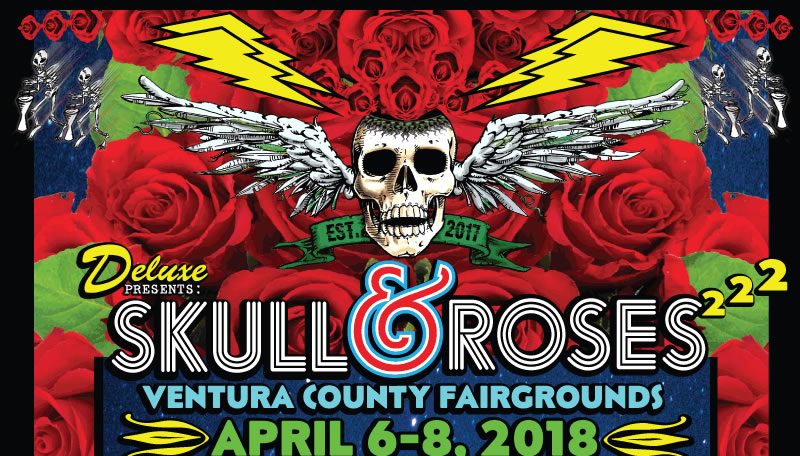 SKULL & ROSES 2, is taking place this weekend at Ventura County Fairgrounds, will celebrate the spirit, energy, and community that the Grateful Dead have created. An amazing lineup of musicians will take up the cause of the Dead in their own way, re-creating and paying tribute to the band that has left an indelible mark on so many lives.

The lineup consists of 20+ Dead-inspired outfits including Golden Gate Wingmen, Circles Around the Sun, Stu Allen & Mars Hotel, Melvin Seals & JGB, Shred Is Dead, Moonalice, David Gans, Cubensis, Roosevelt Collier, Alligator, and more. Throw in two stages with no overlapping sets, a vibrant campground scene where bands not on the bill are able to set up for their own impromptu jams, and a location that has some fairly deep Grateful Dead history of its own (the group played 11 shows there from ’82-’87), Skull & Roses is going into its second year with plenty of inspiration to move the masses brightly. 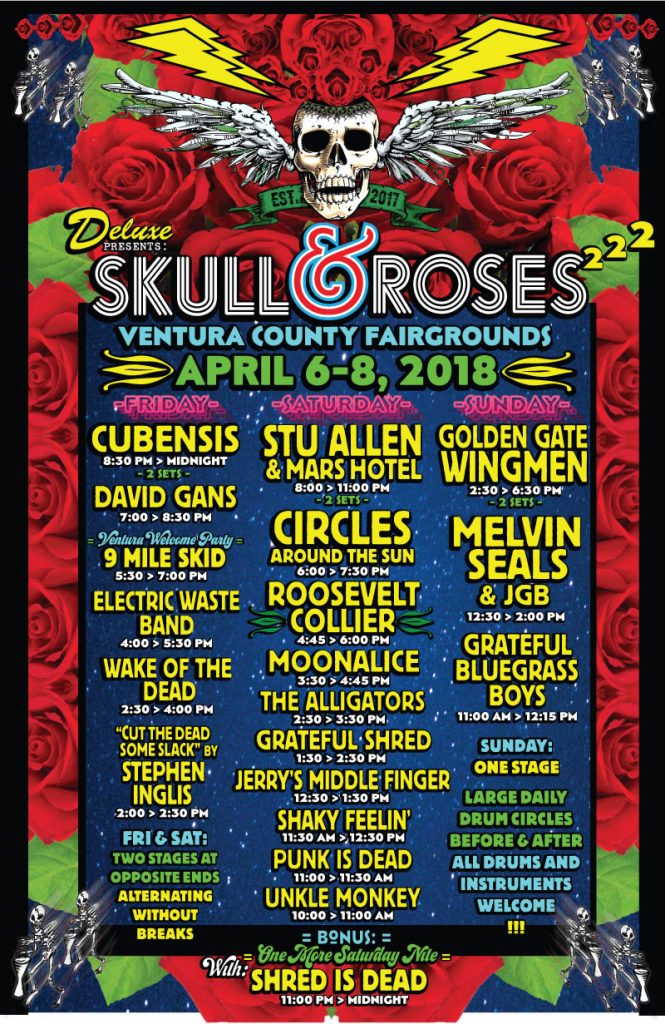