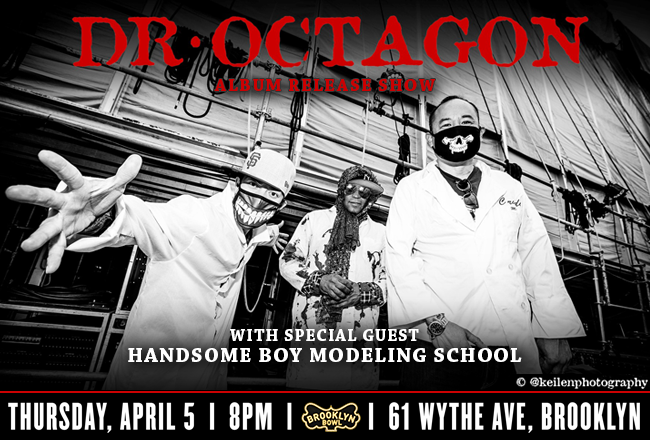 Dr. Octagon AKA Kool Keith to Perform at Brooklyn Bowl on Thursday 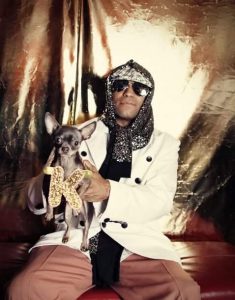 Fresh off the heels of streaming his new album ‘Moosebumps: An Exploration Into Modern Day Horripilation‘  Dr. Octagon aka Kool Keith aka Black Elvis will be performing at Brooklyn Bowl this Thursday, April 5th.

For those of you unfamiliar with the trip hop legend and his numerous personalities and characters, you can expect mind bending psychedelic verses woven into deep cutting with sample laden beats.

I first saw Dr. Octagon, Keith (Keith Matthew Thornton) perform in 2003 as part of SUNY Purchase’s “Culture Shock” student festival (renamed Vulture Cock the next year by the student body, what an oddly weird school that was and perfect crowd). Ween, Prince Paul, Paul Barman and Dead Prez were also on the same bill.

Mid show, Dr. Octagon stopped the music and began lobbing out sandwich baggies that contained a drumstick of his mother’s famous friend chicken, a small Juicy Juice apple juicebox and a wet nap. I was able to snag one out of the air and it was delicious. This moment was easily one of the weirder/cooler moments of my concert going lifetime. I actually had to jump up and snatch it out of the air like a foul ball at a baseball game, so be on the lookout for flying fried chicken drumsticks if you go on Thursday.

Amazingly, I just noticed that Handsome Boy Modeling School was added as the opening act to the Brooklyn Bowl show this week who also have a long awaited reunion and forthcoming follow up on it’s way. This upcoming collaboration project features Dan The Automator and the aforementioned Prince Paul two more members of hip hop royalty. Dan the Automator is known to masterfully incorporate live instrumentation into his shows. It will be interesting to see if Dr. Octagon follows suit.

Get tickets for Thursday, April 5th at Brooklyn Bowl here.