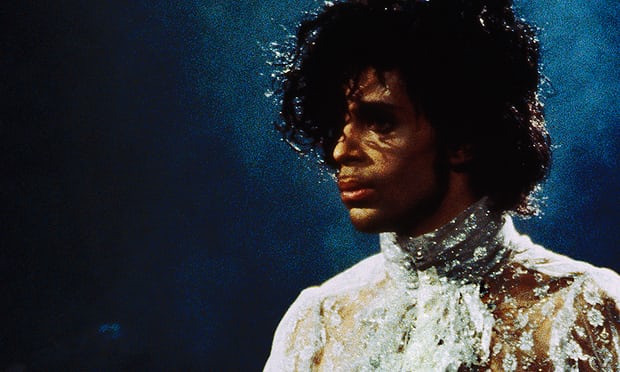 Hear Prince’s Original Studio Recording of ‘Nothing Compares 2 U’

Who is the song about, why did Prince give it to the Family to record as an album track, and what did he really think of Sinéad O’Connor’s smash hit single?

The Prince estate unveiled the musician’s previously unreleased original studio recording of “Nothing Compares 2 U” with rare video rehearsal footage.

Two days before the two year anniversary of the unexpected death of Prince Rogers Nelson, the Prince estate unveiled Prince’s original 1984 studio version recording of “Nothing Compares 2 U.” The song is paired with a video chock full of previously unreleased and unseen rehearsal footage of Prince and the Revolution. Prince was known to periodically perform “Nothing Compares 2 U” in concert. A live duet with Prince and Rosie Gaines released this version of this epic song appears on 1993’s The Hits/The B-Sides; however, this marks the first time his studio version has been released from his vast vault.

Prince originally wrote the tune for one of his side projects, the Family (the track appeared on the group’s 1985 debut to very little fanfare). Thirty-four years ago, when Paul “St. Paul” Peterson was the lead singer in the Family, a band Prince assembled, he received a tape containing Prince’s recording of a song he wanted Peterson to learn for the album he was producing for the group.

“I was told to learn Prince’s inflections, his emotions, and the melody line,” the singer remembers, describing how capturing the song’s themes of loss and abandonment meant he had to go “deep”. “So I thought about a girl called Julie, who broke my heart in high school.” Ironically, Peterson has been married to Julie for 28 years.

Prince’s recording went unreleased, the Family’s version became a barely heard album track, but six years later Sinéad O’Connor’s “Nothing Compares 2 U” became a global hit for her and let the world hear what is now acknowledged as one of Prince’s greatest written songs. Prince’s version of the track captures a unique mix of styles: It simmers with the same potency as the power ballad O’Connor would later record, but packs more rock and roll punches, from a blazing saxophone solo to fiery guitar riffs and Prince’s electric vocal runs and wails.

Prince recorded “Nothing Compares 2 U” at the Flying Cloud Drive “Warehouse” (his huge rehearsal space before creating Paisley Park) in Eden Prairie, Minnesota with his longtime sound engineer Susan Rogers. Rogers remembers this time of great creativity and has said they were on “a creative roll, cranking out a song a day.” Rogers also laments that one day, Prince went into a room with a notebook and, within an hour, emerged with the lyrics of “Nothing Compares 2 U.” Susan Rogers, who said she witnessed many of these types of creative outbursts from the Purple One remembers, “The song came out like a sneeze.” As usual, she rolled the tape as Prince laid down instrument after instrument, both mixing and overdubbing in the same session. This was during the time that Prince and the Revolution were rehearsing for the Purple Rain tour. Prince composed, arranged and performed the entire track, except the backing vocals, which were provided by his then-girlfriend, Susannah Melvoin and Paul “St. Paul” Peterson. Eric Leeds overdubbed the saxophone on the track three days later, the only instrument Prince didn’t play the day he wrote, performed and recorded the song. When Paul Peterson originally heard O’Connor’s version and saw the famous tearful video on MTV, he first thought, “That should have been me,” but later loved it and told Prince. “He told me he didn’t like Sinead O’Conner’s version. Unless he asked them, he didn’t like anyone covering his songs.”

Prince’s version of “Nothing Compares 2 U” is available to stream and download here. A black vinyl seven-inch single will also be released May 25th, while a limited-edition picture disc will be available exclusively through the Prince “HtNRun” online store. The Family now tour and record as fDeluxe, and appear at the annual Paisley Park celebration in Minneapolis, which runs until 22 April.