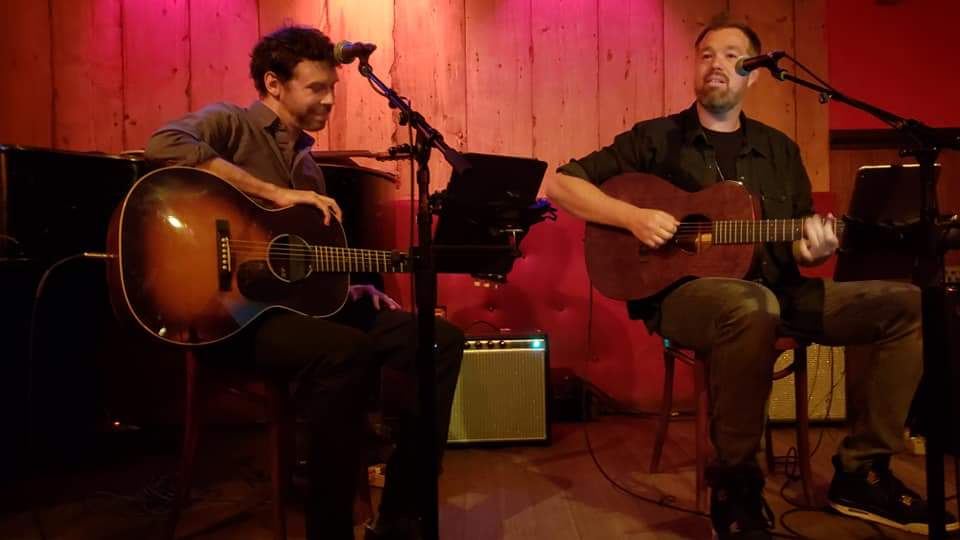 “Metzger’s unique style is truly remarkable” – Relix Magazine “…an ace guitarist of a thousand styles.” – Village Voice “One can hear everyone from Danny Gatton to Jimmy Bryant” – Vintage Guitar Magazine “WOLF! is a no-frills outfit that could serve as the house band for a Quentin Tarantino movie.” – Brooklyn Vegan Scott Metzger was born in Trenton, New Jersey and began playing guitar in his teens. By the age of 19 he was performing regionally, and the attention this gathered led to an invitation to join Phish lyricist Tom Marshall’s project Amfibian which is where Metzger first received national recognition. Metzger then went on to be one fourth of the cult following rock band RANA, touring extensively nationwide throughout the early 2000’s. After moving to New York in 2001, Scott began making a name for himself, becoming a regular fixture at legendary NYC clubs including The Knitting Factory, CBGB’s, and The Wetlands Preserve. After a brief stint on the west coast in 2006, he returned home to New York with a newfound sense of direction. Since then, he has developed a reputation as a highly sought after musician. Metzger has performed throughout the United States, Europe, Japan, and Australia extensively and has contributed his playing to many diverse projects in the recording studio. He is a first call player in genres ranging from singer/songwriter to soul to free form “jazz” to Americana/country and is able to blend in seamlessly in any context. He has performed at historic venues worldwide including Carnegie Hall, Red Rocks Amphitheater, Ancient Belgique (Brussels, Belgium), The Blue Note New York, The Ryman Auditorium, Jazz at Lincoln Center, as well as esteemed festivals like The Montreux Jazz Festival (Switzerland), The Newport Folk Festival, The New Orleans Jazz & Heritage Festival, Hardly Strictly Bluegrass, Bonnaroo, and more. Scott has performed, recorded, and toured with acts including: John Mayer, John Medeski, Trey Anastasio, Nels Cline, Warren Haynes & Gov’t Mule, Oteil Burbridge, LaLa Brooks (of the world famous Crystals), Phil Lesh & Friends, Shooter Jennings, Grammy award winner Mike Farris, Gene & Dean Ween, Anders Osborne, Joss Stone, Trixie Whitley, Nicole Atkins, the Stanton Moore Trio, Chris Harford and the Band of Changes, among many others. Currently, Scott is a full time member of the critically acclaimed and increasingly popular Joe Russo’s Almost Dead and Bustle in Your Hedgerow and also fronts the project WOLF! (Royal Potato Family Records), an instrumental guitar trio whose music has been featured on the hit television series Z-Nation. He is also a member of The Showdown Kids, an acoustic gypsy jazz trio inspired by the legacy of Django Reinhardt and Stephane Grappelli. In addition, Scott has made various appearances on national television, performing on Good Day New York and was featured playing a duet with Nicole Atkins on the season 1 finale of Cameron Crowe’s Showtime series ‘Roadies.’ His approach is to serve the integrity of the song while expressing his unique voice through the guitar. His style combines a lyrical, melodic sound and sensibility that shows a deep understanding of the instrument’s history, while at the same time has an edginess that is unmistakably Metzger’s own.