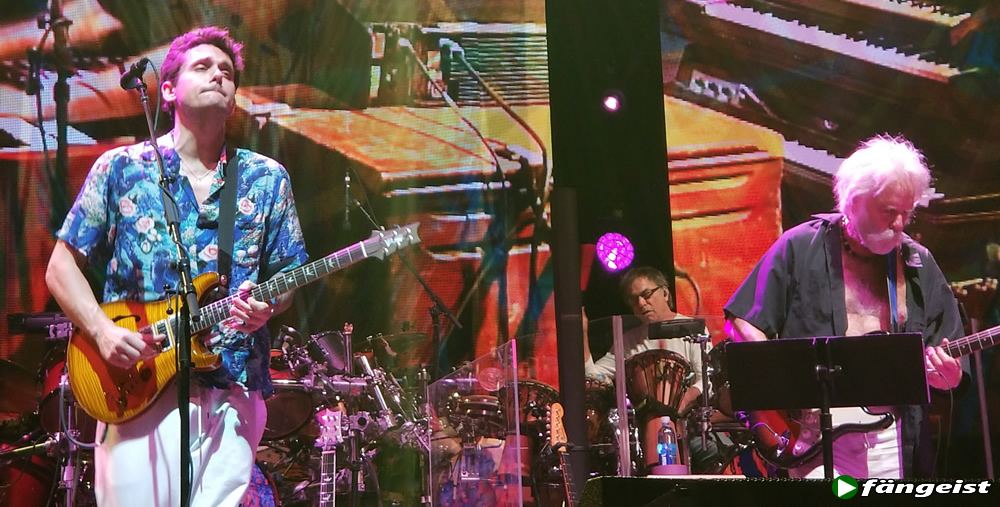 After Dead & Company close their summer tour at the Lockn’ Festival, three members of the band are slated to perform at the Centennial Celebration Gala, a benefit for the Save the Redwoods League.

The event, which is dubbed “The Party of The Century,” will take place on Saturday, October 13 at Union Square at August Hall in San Francisco. The band is billed as “Bob Weir, Mickey Hart and Friends with special guest John Mayer.”

Lee Cowen of CBS Sunday Morning will be the master of ceremonies and tickets range from $1,000 to $10,000.  Actor Peter Coyote will present a Save The Redwoods centennial at Union Square prior to the concert at August Hall. A DJ dance party is planned at August Hall after Weir, Hart and Mayer’s hour-long set.

This event will be the band’s second benefit performance in recent memory.  In July, the full Dead & Company lineup performed at a Hollywood benefit for Oceana and raised over $1 million for ocean preservation.

For tickets and more information about the October 13 Save the Redwoods benefit click here.